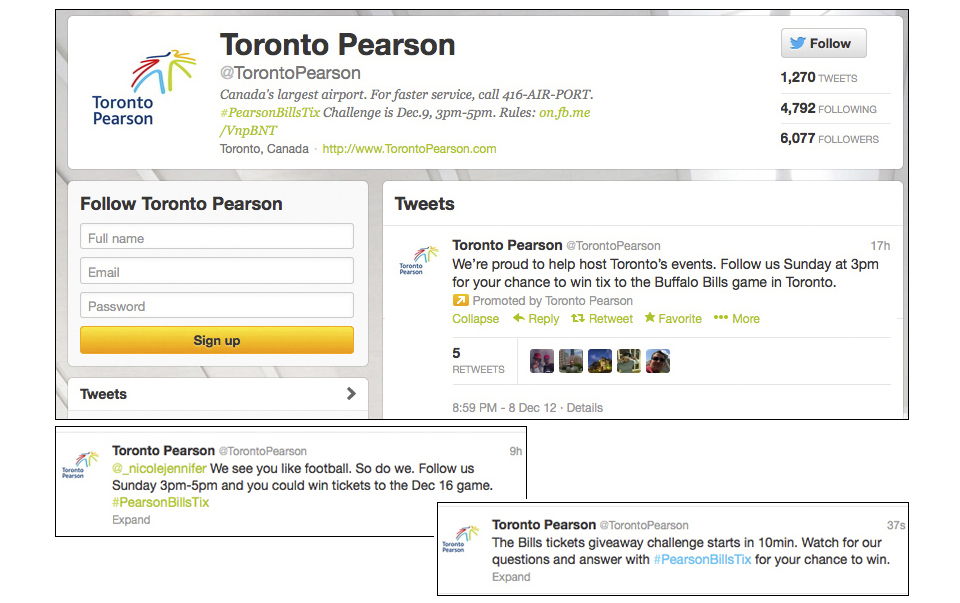 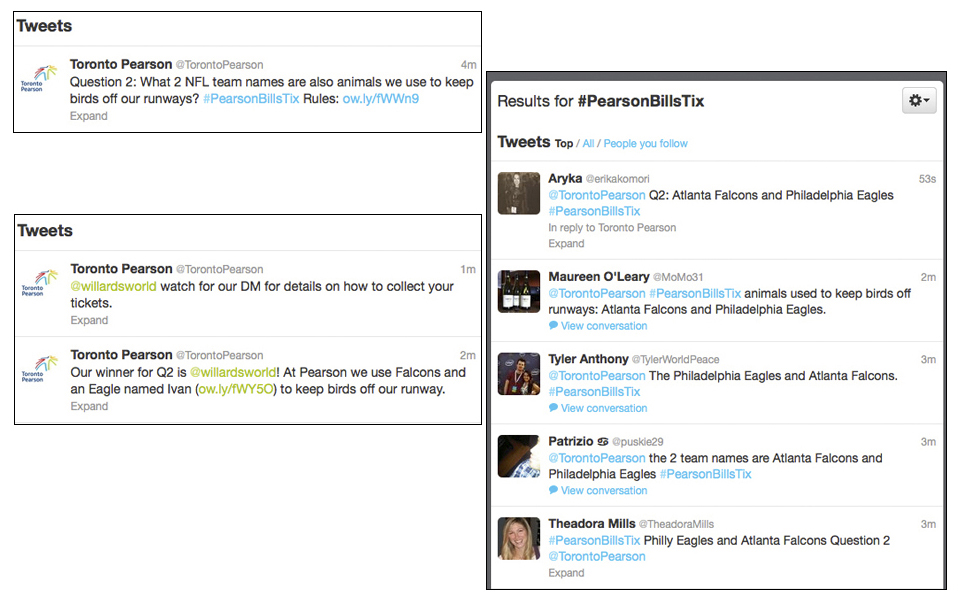 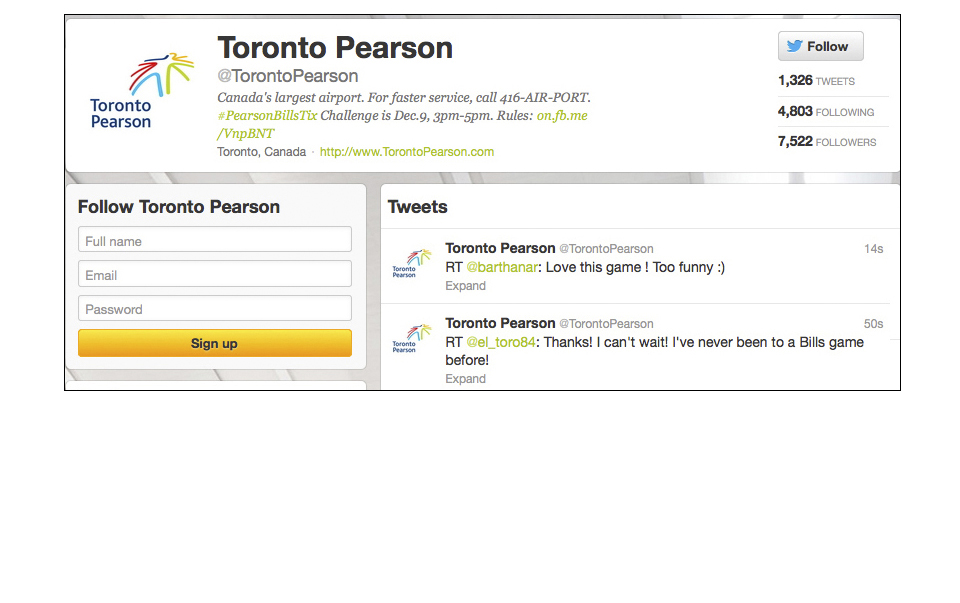 How do you add fun and local relevance to your brand?

In this real-time Twitter contest held during a Sunday NFL broadcast, Toronto’s Pearson Airport invited Twitter followers to answer questions related to the airport and football. Pearson tweeted each pre-written question, then chose a winner at random from among the followers who tweeted the right answer. Each winner received tickets to an upcoming NFL exhibition game in Toronto.